Your six is on fire… 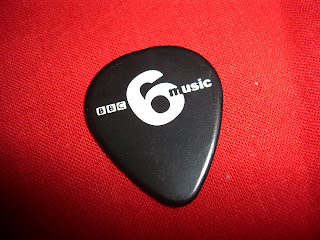 This is all getting a bit silly now.

I think that for those of us who have been toiling against the ridiculous people at the BBC – who think that closing down 6music would be a good idea – for the last few months, it is all getting a bit annoying now. Mainly because it is actually beginning to look like they might just fucking well do it, and that is NO GOOD, people.

With that in mind, I would like to now post up a few links for any of you who would like to get your two-pence in and join a collective of music purists in the hope of stopping ‘Auntie’ from killing one of her brightest, well-versed, most attractive offspring, in place of a more ‘marketable’ [read profitable/commercial/soulless] replacement.

So; links then, all sent kindly from Dave James, with help from Jon & Tracy Morter, Laura Payne & Georgina Rodgers, Colin Hammond, 38Degrees and everyone else that is campaigning

The BBC Trust Consultation (a survey you could fill in if you like filling in surveys/shouting at people) : https://consultations.external.bbc.co.uk/departments/bbc/bbc-strategy-review/consultation/consult_view

They are aiming to get Half Man Half Biscuits song Joy Division Oven Gloves into the charts at number 6.
Why 6? Because it is better than 1 or 2!
Please buy this track, which the 6Music DJs have played since the announcement, in support of our great radio station! It’s in the top 5 at Amazon but languishing in the 90’s at iTunes…..
Details at http://joydivisionovengloves.com

The Protest – There was a lovely protest on the 27th March.
6Music presenters Liz Kershaw, Gideon Coe, Tom Robinson and Adam Buxton spoke to the 800 strong crowd, who also had the pleasure of fine music from Mirrorkicks, Allo Darlin’, The Brute Chorus, Black Soul Strangers and The Coal Porters.
The BBC, however, chose not to report it, although national and foreign media covered it.
A massive thank you has to go to Laura Payne and Georgina Rodgers for organising the event, and to all the helpers on the day.
If you haven’t seen the video, enjoy this: http://www.youtube.com/watch?v=6iQjnnlQuWw
There are also plans being hatched to stage another protest in May.

There has been a very effective letter and email writing campaign that is winning the argument, where supporters of the cause answered every point the BBC has made for closing 6 and politicians of all parties now get the point that 6 is exactly what the BBC should be doing. The BPI and UK Music have just announced they are meeting the BBC Trust – after they targeted them.

You can also contact the election candidates for your seat and ask them where they stand on the issue of the BBC cuts. 38Degrees have made it easy to find them out and make contact with them on the issue – http://www.38degrees.org.uk/page/speakout/BBCpledge

Adam Buxton from Adam and Joe has made a great cover version of Bowie’s Changes – again, enjoy and spread amongst your friends http://www.youtube.com/watch?v=oKmzd4Cz7CY

Tune in – Keep tuning in to 6Music it’s one of the best ways to show your support.
Also check out the listen again feature on BBC iPlayer and all the great podcasts.

Love and hugs and this and that