A brief rant at the hairdressing community… 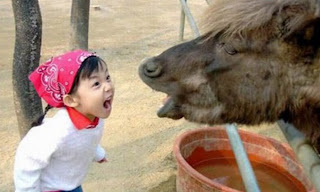 It strikes me as odd that hairdressing even exists as a profit-making industry. I mean, you are born with hair (Alopecia sufferer’s aside, of course… sorry guys) and as such are immediately handed a financial crux which you are predisposed to maintain for the rest of your days (unless you go in for the ‘Glam Metal’ look like anyone resembling members of Aerosmith, Kiss, Boston, Cheap Trick or The New York Dolls)

I suppose to a point, I don’t mind it… it’s important to look your best these days, so a good hair cut can help you to attract a mate so that you may do your part in maintaining the somewhat irresponsible over-population of this already exhausted planet that we like so much.

That being said, the fundamental point of this rant isn’t in the necessity for grooming, neither is it the cost (though it does add to the annoyance)… but no, the core of my complaint is in the hairdresser not holding up their end of the bargain.

I went to my local barbers last Friday, killed 15 minutes reading some of the dog-eared literature provided, and was then sat down in a chair by a woman who was not my regular hairdresser (she was seeing someone else, the hussy) and immediately I was dismayed. I took one look at the sour-faced pug who was to be my remodeller, and longed for the brisk air of the street outside the salon, as the perma-tanned bint holding the scissors had a look of sheer disdain at my sudden interruption of her day, and I am quite sure the look I reciprocated wasn’t one of any good tidings, either.

Great. Two people who under any other circumstance would not share as much an air molecule in their combined lifetime, now being forced to not only occupy the same space on Earth, but also to interact through casual conversation and kindly ignore their dislike for the others lifestyle choices. It was clear to me she was a self-centered Chav; it was clear to her that I was a pompous twat.

I realise that I am going on a bit of a tangent now, so in order to reign it back in, I will say this as briefly as I can.

The overall experience of getting my hair cut was naff. She didn’t do it right. She styled it in a way that looked cool at the time, but that I have been unable to replicate in any of the days since passed. I have tried wax, gel, gum, sugar & water (an old punk trick), leaving it as when I awoke, using a different shampoo, using no shampoo at all, letting it settle, roughing it up… nothing.

A well and truly shit haircut that I can’t do a god-damned thing about.

If you ever find yourself in Austins Barbers on Whitefriars Street; make sure you hair is either cut by the man himself, or the lovely Brazilian lady with the curly hair. Do NOT go the dumpy, freckled, unevenly-chested sow with an attitude on her face, who smells vaguely of despair and unrealised dreams.