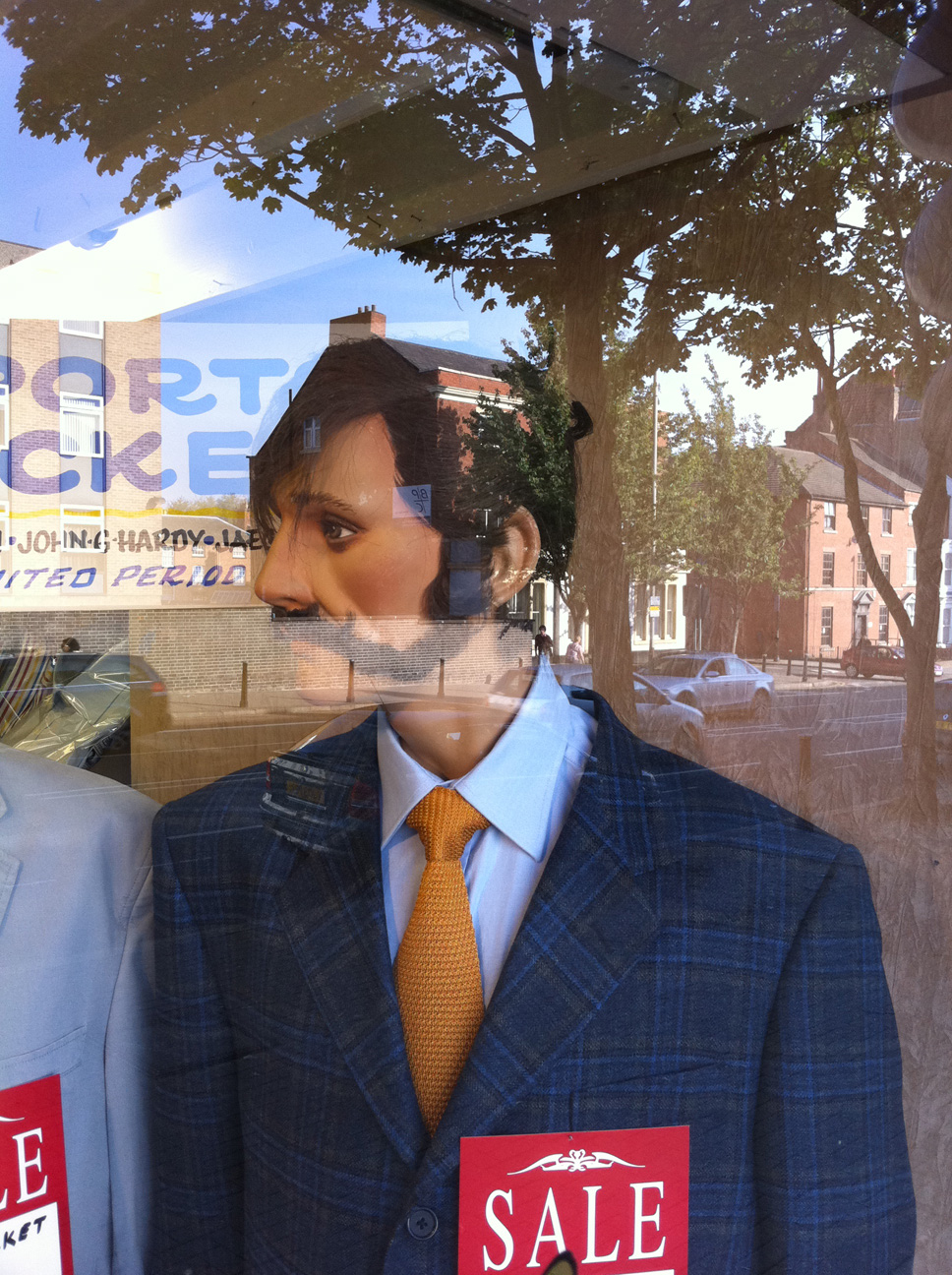 Mannequins and other evils…

What in the hell happened here?
There are so many things wrong with this picture it makes me crazy just looking at it. I mean, ignoring for just one second that the model in question is wearing a face like a Jaffa Cake in a puddle, which in itself is making me want to cry; and of course I assure you we will tackle the facial hair issue in a matter of moments but what, pray tell me, for the love of Jedward is he wearing!?
Since when has the “Which? Swindon Clerical Officer 1983” look been deemed an acceptable dress code not only for public consumption in this day and age, but as the flagship garment chosen especially for window display!? I mean for crying out loud, have we really not shed the awfulness of that insipid decade yet? Don’t get me wrong, I can tolerate the occasional whimsy of a DJ in a club dropping a little Tainted Love from time to time and Huey Lewis can bring me as much News as he feels is necessary, but allowing the past this much room to breath is out of the question. We should all be ashamed of ourselves. It was bad enough the first time around, but at least there was variety.

I think it all boils down to a question of taste. If you, like me, consider yourself to have even a little bit of it, then you will find this mannequin, that suit and the shop in question to be nothing short of putrefying. However, there has to be a reason it has been allotted the top spot in the front-of-house fashion range, doesn’t there? …and why? Because someone, somewhere, thinks that not only does that ﻿﻿﻿mannequin look sharp as fuck, and a clear benchmark for all styles considered present and future, but the suit he is sporting is worthy of immediate purchase and apparel. This all being thought by the guy sporting the exact same moustache and glum-faced disposition as Swindon’s finest over there.