Stand clear of the closing doors 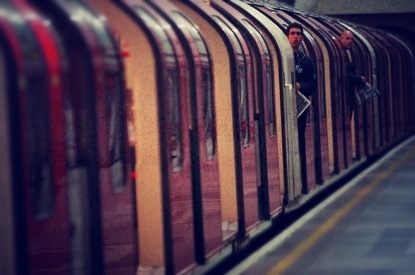 Like many thousand other Londoners I take the tube to work in the morning. They’re funny little trains that run underground that go ever so quick from one place to another. That is of course unless you happen to travel on the Victoria line. These trains are quite sensitive when it comes to things being stuck in their doors. So it makes me wonder who the TOOL on our train was yesterday who held us up for a full 10 minuets at a station because he didn’t quite grasp that the drivers plea of “please keep clear of the doors” ment “move your fat ass out of the door so it can fecking well close!”. But oh no- this simple request was too much for “ass-in-door” (the less talked about sequel to Puss-in-boots). So after four requests, increasing in annoyance and desperation; the driver finally had to leave his cabin to go and hunt down the culprit, who presumingly was too busy munching on a mc muffin to hear him.

As I see it there are two solutions to this problem. A democratic, conventional method….and my one. The first democratic option would be to make the door reporting that there’s something stuck in it have a whopping great red light and siren over it that buzzed like a spitfires machine gun until someone moved the twat out of the way. My one; razor blade the door edges. You’d be surprised how little things get caught in the doors after implementing my method.